I started out writing this article with a completely different perspective on women fasting for their husbands on Karwa Chauth. There was an elaborate debate amongst members of the iDiva team, where we disputed the idea of this tradition, what it stands for and how it could be viewed as regressive and archaic.

We also had a heated debate about women’s choices and their freedom to pursue those choices without being labelled. An hour into the conversation and I slowly came to realise we were actually discussing feminism and what it essentially stands for.

Slowly but surely, I began typing the words I never thought I would: Karwa Chauth is a choice for a lot of women. And I need to be okay with it. But that also brings me to the realisation that there is faith and then there’s…

…My Two Cents Of Science 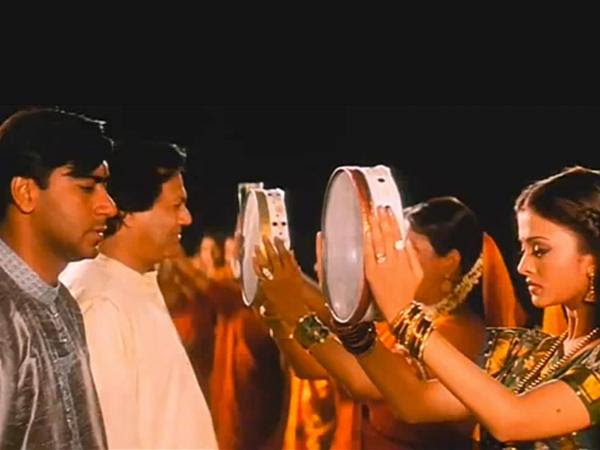 A very basic life or science lesson is that if you eat healthily, work out, plus you’re blessed with good genetics, you will live a very fulfilling life. But, if you’ve got bad genes or live in an unhealthy environment (hello, Delhi), can you really lead a long, healthy life. especially if you’re not the one fasting, but your wife is instead?

Also, the festival falls on the fourth day of the dark fortnight and women breaking their fast once the moon shows up makes little sense because, technically, the moon is right there, all the time, just not bright enough to be seen through the day. You know, basic school-grade science. However, there’s always the war between…

This faith brings women observing Karwa Chauth together with their friends, family and husbands. It is a day they get to dress up, to spend time with their families and to indulge in something that makes them feel good; a sacrifice they willingly accept for someone they love. And is fasting for a day really that big of a deal?

Not for these women and so, it shouldn’t be a big deal for people minding their businesses either. Which brings us to the fact that we’ve been bashing these women for years without really taking their point of view into consideration.

Sacrificing a day of food for their husbands brings them a sense of belonging to a tradition long celebrated and upheld. Not to forget, for a lot of women Karwa Chauth also leads to a stronger bond between brides and their sisters-in-law and mothers-in-law. But then there is also the flipside, of course, which is a fact. And the fact is that…

…The Festival Does Not Prolong Your Husband’s Life

Many members of the team unanimously think Karwa Chauth is chauvinistic and oppressive, the debate was underlined by the fact that women can choose to be that way. A festival that enables generations of women to believe they can prolong their husbands’ lives by starving themselves is the most deep-rooted form of subjugation there is.

A point strongly believed by many members of the iDiva team. And all the explanations that come along with it – that it helps women in the family bond, it helps carry on traditions, it is the greatest way of attaining good status – are essentially forms of exploitation. However, as generations of human beings have learned over the years…

…Faith Often Takes Precedence Over Science And It Brings People Together

Faith is that lingering sensation that you will achieve something if you truly believe in it. No amount of science can debate the kind of belief that lies in traditions and cultures that have been formed over centuries of our existence. And even if we are idealistic and arguing about equality of sexes when it comes to celebrating Karwa Chauth, essentially…

…Feminism Is Also About Choice And as feminists, we should be okay with that, because women observing a fast on Karwa Chauth made that choice and chose to stick with it. And if anything, feminism supports freedom of speech and choice. So, the debate brought us to one last straw in favour of feminism and science…

…Sati Was Also A Choice But It Needed To Be Banned

Remember Deepika Padukone walking into a pyre when her husband (played by Shahid Kapoor) died in Padmavat? The last scene of the film was a sad reminder of a once-popular tradition followed in India–that of sati.

Widowed women would immolate themselves in this now-obsolete custom (although sadly, cases still pop up) and it was considered a practice prevalent among “good wives” because it was the prestigious and correct thing to do. By observing sati, a woman was fulfilling her vows of protecting her husband while he was alive and was then venerated after she followed him to the funeral pyre.

It is, of course, a long shot to compare sati, a custom where a woman kills herself for her husband, and Karwa Chauth, but as Karwa Chauth is debated today, sati was once debated as well. And we are more than glad that we did away with that custom.

But then again, do we need to bash women for doing what they want to? Sati, unfortunately, was most often something forced upon a woman, at a time where a woman had zero voice, and zero free will.

…No, We Support Their Free Will

Does supporting Karwa Chauth-observing women make us perpetrators of a crime on womankind? It doesn’t. We can publish annual articles bashing women fasting for their husbands, but it is not okay to bash the women in your life for the choices they’ve made.

Especially if these choices make work in their favour, mentally giving them the peace of mind they desire. And physically bringing them closer to their families and their husbands.

The people who need verbal bashing are the ones shoving these customs down women’s throats. If Karwa Chauth is being forced upon a woman, that’s something we should be discussing, very strongly. In-laws and husbands who mentally and physically pressure them into observing customs and making choices, they don’t want to. Let’s talk about that.

But until then, we’d rather, finally, allow women to make choices (borne out of their free will), for themselves.

Let Me Be Kind and Wise to You.

You may have missed

Anime That Will Make You To Watch More

Why You Should Watch Pataal Lok